Gentle, shy, and loving – three of the first words that come to mind when describing this very special guy. Seph is a darling boy in search of a furever home. Because he was a stray, we don’t know much about his history; however, it’s evident that he has walked a rough road up to this point. He is on the shy side which makes us think that he was probably on his own for some time. Timid as he is, sweet Seph loves nothing more than a nice, quiet snuggle. He falls in loves with his new friends immediately, and it’s easy to see that he knows his human friends care about his well-being.

Sadly, Seph tested positive for Feline Immunodeficiency Virus (FIV), a disease in cats commonly transmitted through bites, similar to human HIV. There is no cure for FIV, but many cats with FIV achieve normal lifespans and do not require any daily medications. Because FIV can be transmitted between cats, FIV positive cats must be kept indoors, and there are special precautions for sharing a home with other cats. Cats should be introduced gradually and monitored closely for signs of aggression and fighting. Cats should not be alone without supervision until it has been confirmed that they get along. If any fighting occurs, the cats should be separated.

Seph deserves another chance in a quiet home where he can settle in and relax his weary bones. He’s a real heart-throb and cute as a bug’s ear. You’ll want to come meet this lovely little man!


Are you ready to adopt Seph?


More Cats Near You

​Do you recommend pet insurance?

What happens when someone files a cruelty complaint?

​How do I house train a puppy?

Puppies are a lot of fun and, like toddlers, they need to learn where to go potty. Remember it’s up to us to teach them and reward them when they get it right. When house training your puppy, consider training...

How can I help wildlife during wildfire season?

What do wildfires mean for wildlife? Just like people, wildfires also impact wildlife. Wild animals have developed strategies to fly, run or bury themselves to escape from fires, but the change in habitat and food...

How to stop my kitten from biting and scratching me?

When there’s a new kitten at home, it can be tempting to play with her with your hands – don’t! Your cute kitten will grow into an adult cat who might think biting your hands is a natural, normal thing...

​My cat bites me when I pet her, how do I stop her?

How do I update my pet’s identification (ID)?

Is your pet’s microchip, tattoo or license registered with the BC Pet Registry? Updates can be made at any time. Registered users can also add additional forms of identification (ID) to their pet...

Rats have a pretty bad reputation. Filthy, gross, vermin – you name it, they’ve been called it! For many people, “companion” is definitely not the first word that comes to mind when they think about rats. When...

What is the best way to interact with small pets?

Building a relationship of trust with your small pets is essential. We often like to pick them up and cuddle them, but it’s important to remember that small pets are prey animals. This means they’re hunted by... 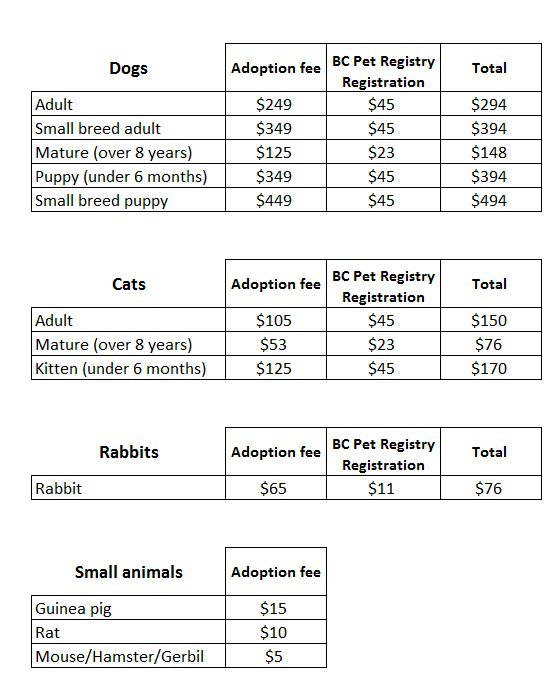