Scotch is a beautiful and (generally) luscious orange tabby, who is currently rockin’ the peach fuzz looks. This fuzzy boy is on the prowl for his forever home, where he can strut his stuff and be his bodacious self. Scotch is looking for a home where he can get all the loving, all the time.

Being the overly affectionate boy he is, he also comes with a bout of sass and cattitude. Scotch is an outgoing guy who knows what he wants, and exactly how he can get it. With his charming looks and exquisite personality, he is quite the fella, and a great addition to a household looking for love and laughs. His name matches him nicely, as a classy and timeless good-time. Both social and independent, Scotch is a winner.

Upon coming into care, Scotch had quite the wound under his armpit, and had some matting (hence the previously mentioned peach fuzz). He has healed up great, but is now dealing with his new diagnoses of cat asthma. This doesn’t seem to effect him greatly, but occasionally he gets a cough from the irritation on his lungs and has to go on a course of steroids. To avoid flare ups, Scotch needs dust free litter, a smoke free environment, and would do best indoors only so he doesn’t over exert himself. Scotch is amazing at taking his pills when needed, and we have already found what works best for him.

What he needs now, is someone to share his life and love with! Scotch doesn’t want you to know this, but he looovves to be carried around on his back like a baby. He also gives the best hugs! He has an enlarged heart, but we believe it’s due to all the sweetness he’s holding inside.

What do you say? Apply for Scotch today!


Are you ready to adopt Scotch?


More Cats Near You

​How do you transition an outdoor dog to inside?

If your dog has not been indoors for a long time Start slowly. Your dog needs to get used to being indoors. Put a leash on her and bring her inside for short periods, even for just a few minutes to give her a tasty...

​How to stop my dog from barking all the time

Dogs bark for many different reasons. Figuring out the why behind your barking dog is the first step to treating the problem. Here’s a list to start with: Is your dog suffering from boredom? Does your dog...

​How long does it take to adopt an animal from the BC...

Every adoption is unique and the time it takes to adopt varies. Some animals can go home the same day if they are successfully matched. Visit our adoptable animals section to start your search...

How do I update my pet’s identification (ID)?

Is your pet’s microchip, tattoo or license registered with the BC Pet Registry? Updates can be made at any time. Registered users can also add additional forms of identification (ID) to their pet...

​Do you recommend pet insurance?

What do you do if you see a bear?

Seeing a bear from a safe distance can be a thrilling experience, but what do you do in a surprise encounter with a bear? Bears are omnivores that eat mostly berries and fish. Their habitats often overlap with ours in...

Rats have a pretty bad reputation. Filthy, gross, vermin – you name it, they’ve been called it! For many people, “companion” is definitely not the first word that comes to mind when they think about rats. When...

​What do I need for my new puppy?

Puppies need patience, time and supervision. Start with planning what you will need and what your pup will need when they come home. Supplies Food Harness, collar and ID tag, and leash Toys – chew toys, fun...

A baby bird may be blown out of a nest by wind or rain, or even dropped after a failed predatory attack. If the bird isn’t hurt, you can place it back in the nest. Unlike mammals, birds have a poor sense of... 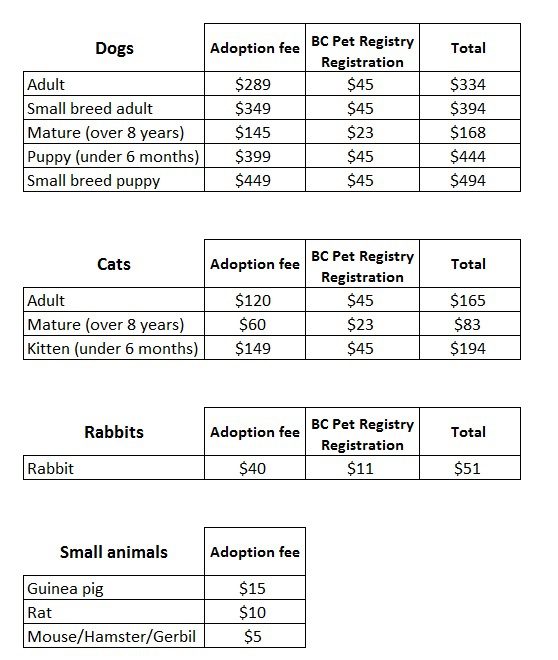